Below you'll find plugins written by 3rd party developers which enable you to integrate the proxycheck.io API with your software and services. If you've written a publicly available plugin please contact us and we'll be happy to include it below. You can find example code for multiple programming languages on our code page.

You can download the plugin at wordpress.org here or search for it using the term proxycheck.io from within your WordPress installations plugin repository. 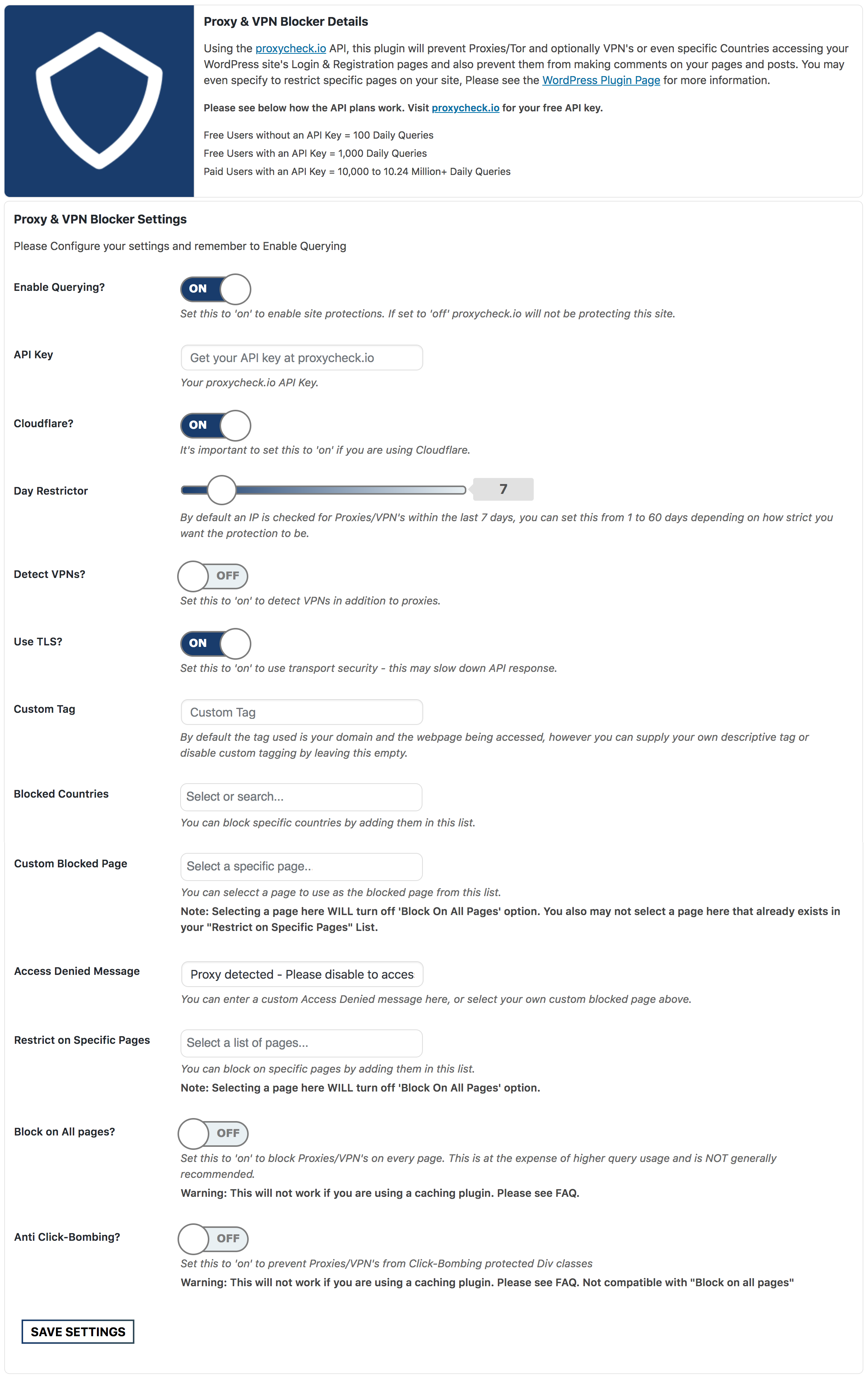 Back
Last Update: 6th of August 2019
6th of August 2019
Added a new plugin for Minecraft called MBanProxyVPN, it's a paid plugin created by Manercraft.
11th of April 2019
Removed download buttons next to plugins that don't support direct downloads, these will instead show visit website buttons only.
15th of January 2019
Added a new SourceMod plugin section with our first plugin for SourceMod developed by Sikari.
30th of August 2018
Added a new Minecraft plugin called Anti-VPN by egg82 to the Minecraft tab.
29th of July 2018
Updated the style of the plugin pages and removed two defunct Minecraft Plugins which hadn't been updated in a year.
28th of July 2018
Updated the description of the Minecraft plugin Anti-Proxy by DefianceCoding to include the fact it now uses the v2 proxycheck.io API. Added clear v1/v2 badges to plugins.
17th of June 2018
Added a new Minecraft plugin called NoProxy to the Minecraft tab.
17th of April 2018
WordPress plugin information updated, now supports total-site protection, day restrictor, better stats and more.
27th of December 2017
Page created with a WordPress plugin now available alongside the prior Minecraft plugins.